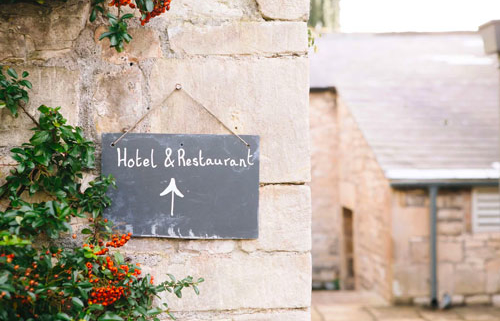 Although the division between “traditional” and “alternative” lodging might be clear to consumers, the lines are becoming less clear behind the scenes.

The rise in popularity of private accommodation platforms like Airbnb and HomeAway have presented opportunities as well as challenges for hotels.

On one hand, hotels gain access to a new generation of tech-savvy travelers who value convenience and unique experiences over brand loyalty.

On the other hand, by playing the role of Online Travel Agents (OTAs), these platforms take away revenue in the form of fees and commissions. Additionally, because the booking occurs in an environment completely separate from the hotel, it makes it impossible for hotels to own their guests’ experiences end-to-end.

Early on, Accor and Hyatt recognized the economic opportunity in consumers’ appetite for private accommodations, such as vacation rentals. However, they struggled to make the new kind of accommodations work within their portfolios.

The lodging industry is being forced to evolve because of advancing technology and changing guest expectations. Hotel companies know that fighting home sharing is a losing battle. Some have failed to take the time to fully understand the nuances between hotels and vacation rentals—and what drives travelers to choose one over the other. —Scott Shatford, CEO and Co-Founder at AirDNA

Last year, Marriott joined the ring when they launched a London-based pilot home sharing program with Hostmaker. Marriott’s ability to leverage partnerships enabled them to build expertise and offload some aspects of day-to-day management. The pilot ultimately proved successful, with Marriott officially launching its own home sharing initiative just a year later. Several vacation rental property management companies, such as TurnKey Vacation Rentals, LaCure, and Veeve, have been named as partners in Marriott’s expansion into home sharing.

Others have seen the rise of home sharing as a threat and have tried to combat its expansion via negative ad campaigns and legislative lobbying for tougher restrictions against the likes of Airbnb. These efforts have had little—if any—impact to curtail growth.

Per AirDNA’s data, hotels currently represent just under 2% of Airbnb and HomeAway listings in the U.S., but that is also expected to grow. Earlier this year, Airbnb acquired HotelTonight, which squarely puts them in the traditional lodging game.

Fresh Competition for Airbnb and Booking.com

In recent weeks, Booking.com and Airbnb have faced off in a battle to attract hotels and resorts to their listing websites.

Booking.com got its start as a place to aggregate hotel options for guests and is currently the second largest source of accommodations in the world — after Expedia — with approximately 30 million listings. Booking.com has made a push to onboard private accommodation options to its portfolio, including serviced apartments and vacation rentals.

Airbnb is currently the third largest source for accommodations, with approximately 6 million listings and conversely got its start helping homeowners rent out their rooms and homes to guests looking for bargains and/or unique experiences.

Just a week after Booking.com announced it would begin collecting commissions on top of resort fees and other fees collected by hotels, Airbnb announced it would waive guest fees for hotels that use their service as a distribution channel. This was no doubt an opportunistic move to bolster their usership ahead of their planned IPO.

What This Means for Accommodations Providers

We expect the presence of hotels on Booking.com, Airbnb, and other historically home share-focused platforms to grow, as they work to recruit more hotel rooms onto their sites.

Hotels have the knowledge, experience, and resources to implement comprehensive pricing and marketing strategies. This will no doubt help them navigate a new but familiar landscape.

Ultimately, we see the blurring of lines as an opportunity for increased professionalism within private accommodation. The transfer of knowledge and the expansion of advocacy across different types of lodging should create opportunities for business and better experiences for guests.

How to Stay Competitive: Market Intelligence

There’s plenty that hoteliers, destination marketing organizations, vacation rental hosts, and property managers can do to stay competitive. Here are some tips and tools to help you stay one step ahead of the rest.